The Essentials of Tailgating 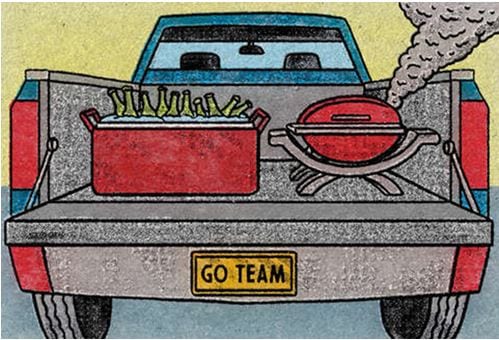 Football season is back and that means fans of high school, college and NFL football teams are gearing up to cheer their teams on to victory.

Part of the game day experience is getting to the stadium early and tailgating prior to and after the game.  Tailgating has become ubiquitous with attending football games and to do it right you’ll need to take care of the “tailgating essentials.”

Pre-Game Day Preparation
Doing a few tasks prior to heading out to your tailgate can save a lot of extra effort and confusion.

Don’t Forget These Essentials
Seasoned tailgaters have putting on a great tailgate down to a science. Their checklist includes the essential items along with a few suggestions to make life easier.

***Although some would consider it sacrilege to not grill at a tailgate, there are other food choices that can simplify certain aspects of putting on a tailgate party.  Bringing deli sandwiches, large subs, or chicken that has been prepared earlier can reduce the time involved for food prep at the tailgate.

Common Courtesy Goes A Long Way
On top of being prepared for a great tailgate there are a few other suggestions that should insure your tailgating experience is a good one.

Back to Beck's Blog

Book an Appointment
Our Partners & Affiliates